Daniel Rayner Nominated As Trade Construction Apprentice of the Year! 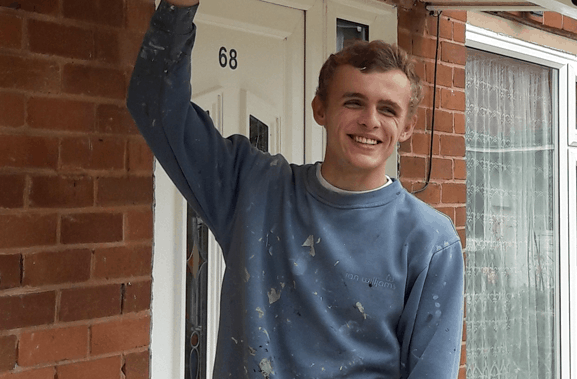 Ian Williams is delighted to announce that apprentice Daniel Rayner has been nominated for Plymouth’s Trade Construction Apprentice of the Year 2018.  This award, known as The Ron Simmonds Construction Apprentice of the Year, seeks to acknowledge and celebrate an apprentice’s exceptional contribution to their workplace, and recognise their commitment to the Apprenticeship experience.  Ron Simmonds was a former Alderman and Mayor of the City, and trained as an apprentice bricklayer – this trophy pays tribute to the contribution he has made to Plymouth.  Open only to Plymouth residents employed in local construction and enrolled on an Apprenticeship scheme, the award is run by ‘Build Plymouth’ – a Plymouth City Council-led partnership set up to connect local people with career opportunities in construction in the local area.

Joining Ian Williams as part of the 2016 Apprentice cohort, Daniel is currently in the second year of studying for his NVQ Level 2 Painting and Decorating at City College Plymouth. Since joining, he has had the opportunity to undertake a wide variety of internal and external painting and decorating projects.

Jo Down, Academy Officer at Ian Williams comments: “It is great that Daniel’s trade skills have not only been noted by Ian Williams, but also the CITB who nominated him for this award.  Daniel will attend an awards ceremony later in March, when the winner will be announced and we wish him the best of luck!”