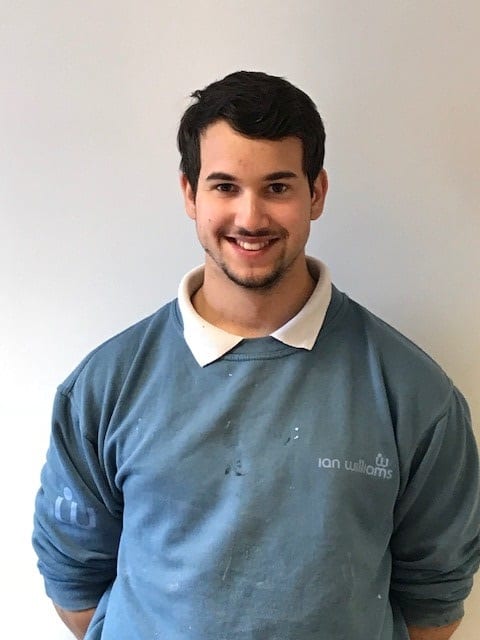 Congratulations to Ian Williams’ apprentice, Ben Hegedus who was nominated for Construction Apprentice of the Year 2018 by his assessor. He then went on to successfully scoop the prize due his hard work and performance over the last three years. Ben is currently completing his level 3 Painting and Decorating apprenticeship at Walsall College.

Ben has been mentored on site throughout his apprenticeship by site-foreman James Jordan who has been with the business for 12 years. They have worked on various projects together for our customers Anchor and Midland Heart giving Ben varied work experiences to fulfil his college portfolio.

Dominic Pratt, Business Manager for Ian Williams commented: “Ben has been a role model apprentice with a great attitude and he continues to flourish as a painter at Ian Williams. I am sure Ben will go onto achieve great things.”

When commenting on his nomination, Ben acknowledged the benefit that having a 1:1 mentor has made. “I’ve really love working with other people and trying out new things like hanging wallpaper. My mentors have helped me a lot and they’ve set me up in my apprenticeship. If I had to describe them, I’d say,  they’re my idols”

A huge well done to Ben who will receive his award at the ceremony which will be held on the 12th June 2018 at Walsall College.